Bastien Tognotti is the owner of Ski Excel. Bastien is from Aix en Provence in the South of France. He has worked in the 3 Valleys since 1997. He also worked at Craigclowan Preparatory School from 2004 until 2009 where he significantly contributed to the outstanding record that Craigclowan enjoyed in prep school racing. He is a former racer himself and, as a teenager, his training was done in the Southern Alps. Bastien was a member of the Southern Alps race team, racing at the FIS International Level. Having trained with Ensa, he holds the French ski instructor qualification (B.E.E.S 1er degré, option ski alpin) and a full international licence. Bastien has a passion for off piste instruction, but his natural gift is with children and families. He has the rare gift of capturing and keeping their interest over short or long periods. There are many requests from clients for repeat lessons year on year. 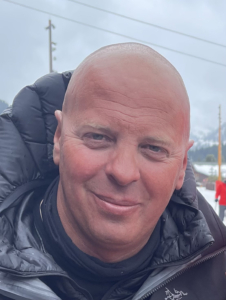 Mike Beale takes charge of the booking process at Ski Excel. Until he retired in 2007 he had been the Headmaster of Craigclowan Preparatory School in Perth for 28 years. During his time there, he built an artificial slope and won many national races with his boys’ and girls’ teams. Many of those children went on to International honours. Between 2007 and 2016 Mike chaired Peak Leaders UK Ltd, a company specializing in providing courses to train ski and board instructors all over the world. Professionally, he was accorded the rare honour of being elected on two occasions to the position of Chairman of the IAPS, the national association of prep schools. In 1994 he was awarded a Churchill Fellowship and in 2001 an English Speaking Union Scholarship. In 2013 Mike co-founded Scotland’s Charity Air Ambulance. The service now has 2 helicopters that have flown over 3800 missions, 800 in 2021. He is also a co-founder of the Thunderbird Project – granted charitable status in 2022, the Project is running trials in the delivery by drone of life saving medical equipment. In addition, Mike currently is the Chairman of the Craigclowan Xian School Board – the school is a nursery school based on the EYFS curriculum aimed at Chinese children aged 3-7 and he is a member of the Board of Craigclowan. 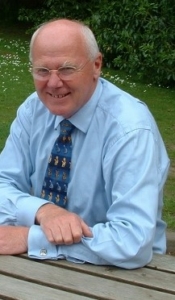 Hear from happy customers about their experience skiing with us.